CINCINNATI, June 2, 2020 /PRNewswire/ — The E.W. Scripps Company (NASDAQ: SSP) has appointed Tregg White to the role of vice president and general manager for KGUN and KWBA, Scripps’ ABC and CW affiliates in Tucson, Arizona. His role is effective June 29. 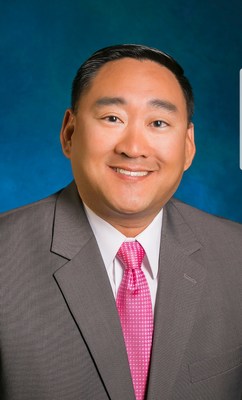 White has over 20 years of experience in news, sales and station management. Most recently, he served as the general manager of KGWN, KSTF and KNEP television stations in Cheyenne, Wyoming.

«Tregg is a seasoned broadcast leader whose experience leading teams across both sales and news divisions will help drive continued growth for KGUN and KWBA,» said Local Media President Brian Lawlor. «We know he’ll be a tremendous asset to the company and to the Tucson community, and we welcome Tregg to Scripps.»

Having launched his career as a reporter and weekend anchor in North Platte, Nebraska, White also previously served as station manager at Northern Colorado 5 in Fort Collins, Colorado, news director at KGWN in Cheyenne, Wyoming, and executive producer at KOLN in Lincoln, Nebraska.

«I am thrilled to be joining Scripps and the talented teams at KGUN and KWBA,» said White. «Whether it’s solving for a new sales product or breaking news in the Tucson community, I look forward to working together to serve our local audiences in new ways. My family and I are excited to call Tucson home.»

About Scripps
The E.W. Scripps Company (NASDAQ: SSP) advances understanding of the world through journalism. As the nation’s fourth-largest independent TV station owner, Scripps operates 60 television stations in 42 markets. Scripps empowers the next generation of news consumers with its multiplatform news network Newsy and reaches growing audiences through broadcast networks including Bounce and Court TV. Shaping the future of storytelling through digital audio, Scripps owns top podcast company Stitcher and Triton, the global leader in technology and measurement services. Scripps runs an award-winning investigative reporting newsroom in Washington, D.C., and is the longtime steward of the Scripps National Spelling Bee. Founded in 1878, Scripps has held for decades to the motto, «Give light and the people will find their own way.»

New Book from Chris Navarro Studio, «The Art of Rodeo» Aims to Hearten Those Missing Out on Summer Rodeos